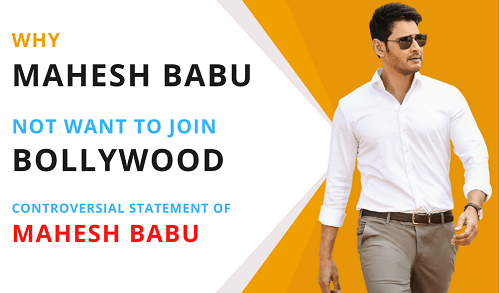 Friends, welcome to your news times and today we have brought you a latest news related to South and Bollywood, knowing that you are going to be very surprised because in today’s news I am going to tell you how to make a statement. There has been bitterness in South and Bollywood.

Actually friends, I am talking about South’s famous actor Mahesh Babu, who said during a recent interview that Bollywood industry cannot offer him, all Bollywood celebrities and fans watching many Bollywood movies about something. Those who used to like Mahesh Babu have started trolling them.

What is the whole matter after all?

Friends, I would like to tell you that recently the trailer of Mahesh Babu’s new film Major has been released on YouTube and after the release of this trailer, an interviewer during an interview with Mahesh Babu and the hero and heroine of this film. asked Mahesh Babu that he has been giving more than one good films in South Industry since 10-15 years and is getting smarter day by day. But doesn’t he think that he should now make films in Bollywood too?

What was the response of Bollywood celebrities on this?

When Mukesh Bhatt, the famous producer of Bollywood industries, was asked his opinion about Mahesh Babu’s statement by the media, he said that it is a good thing if the Bollywood industry cannot afford Mahesh Babu’s fees. I respect him, I wish him the best of luck in his future. He is a very talented actor who has worked hard on himself as well as time. He has been a very successful actor. There is no harm in it if Bollywood industries have not been able to live up to their expectations. He further said that I would like to wish him all the best for many upcoming films ahead of him and he also said that everyone has their own opinion.

Although everyone says that South Industry and Bollywood Industry are completely different from each other and both industries provide you different types of content. That’s why we should not think that only Bollywood do wonders or South’s. In both the industries, we get to see a lot of action, romance and drama and one should respect each other.

I hope guys you have liked this news and you like this news and wanted to like such more type of news then daily visit here for latest National and International News.

KK a famous India Singer is no more with us as he died at the age of 53 when he...